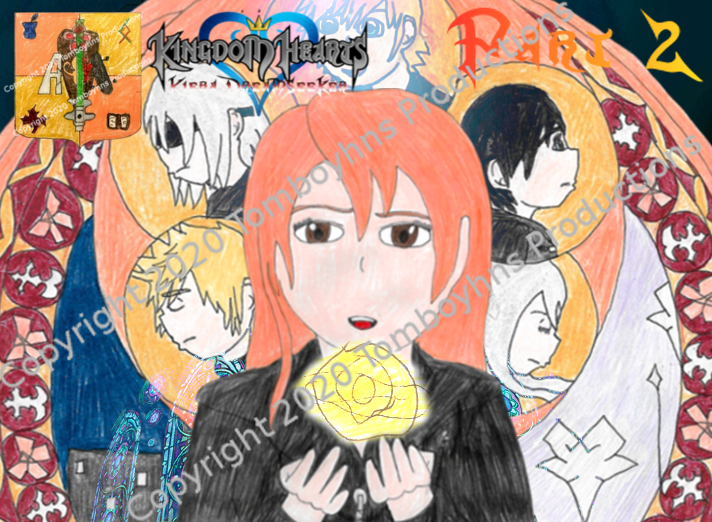 I had another weird dream. Somehow I can remember every word that was said. I saw ‘Roxas’ again. We were lying in soft, luscious green grass, looking up at the sky, which was filled with galaxies and multiple clusters of bright stars.

He didn’t answer. He seemed lost in thought, with a worried expression on his face.

“What happens when you three pass the exam?” He wondered, “I’m going to be the only student left. You and T____ have been especially itching to see other worlds.”

He looked up at Kiera.

“Will you come back?”

“Of course I will!” Kiera exclaimed, “I think I’d go insane without my dose of Ventus every once in a while!”

She sat close beside him.

Kiera grinned. “As long as I bring you back by curfew.”

“I promise, I’ll always come back for you, okay?” Kiera vowed.

He looked at her and smiled.

Is it possible, that Roxas and I knew each other in another life?

Today, Roxas and I met up with a different member of the Organization: Number IV, Vexen. Vexen was a bit of a creeper, his eyes appearing to be permanently widened with a crooked smile. He was supposedly a scientist, and wanted to observe our strength and agility with the keyblade. I felt instinctively protective of Roxas, though I couldn’t comprehend why.

We arrived in Twilight Town. Except this time, we were back in the vast, wide courtyard with a tram station in front of them. I stayed close to Roxas as Vexen spoke.

“Now, listen carefully. Your mission today is to perform reconnaissance in this area” Vexen ordered.

“Reconna-what? What about fighting Heartless and collecting hearts?” Roxas asked.

“Oh, there’s far more to the Organization than that, boy. Our work wouldn’t go half as smoothly if we didn’t gather the needed intelligence beforehand. Fortunately, you are in good hands. I will be by your side today to help stimulate that insensate mind of yours.”

“First, take a look around the immediate area, and report anything unusual you find. And don’t go wandering too far until you’ve carefully examined the clues closest at hand.”

Roxas and I looked around. There was a moment of silence before I asked dryly:

“You gonna point us in the right direction, or are you throwing us to the sharks?”

“I’m merely observing,” Vexen responded, “I want to see how intelligent and observant you two really are.”

I grabbed Roxas’ hand, which startled him, and pulled him away towards a line of shops.

This mission also felt pointless. We didn’t collect any hearts. All we did was get quizzed to death by Vexen. He kept asking the most mundane of questions and called us “morons” if we got it wrong, or even phrased the answer wrong. Maybe it’s because he’s a self-proclaimed scientist and he can spot the tiniest of details. But it didn’t give him the right to berate us.

We returned to the clock tower again. Axel was there. I didn’t really talk a lot. I’m not sure why. Roxas feels completely comfortable expressing himself to him. But I don’t. Something is telling me not to trust him (though I would never relay this to Roxas). Maybe it’s because, despite the fact he has insight the other members lack, he still has the more negative characteristics that the Organization possesses, such as his care for his agenda, and his alone. I can never read what his agenda is. But Roxas trusts him, and I trust Roxas.