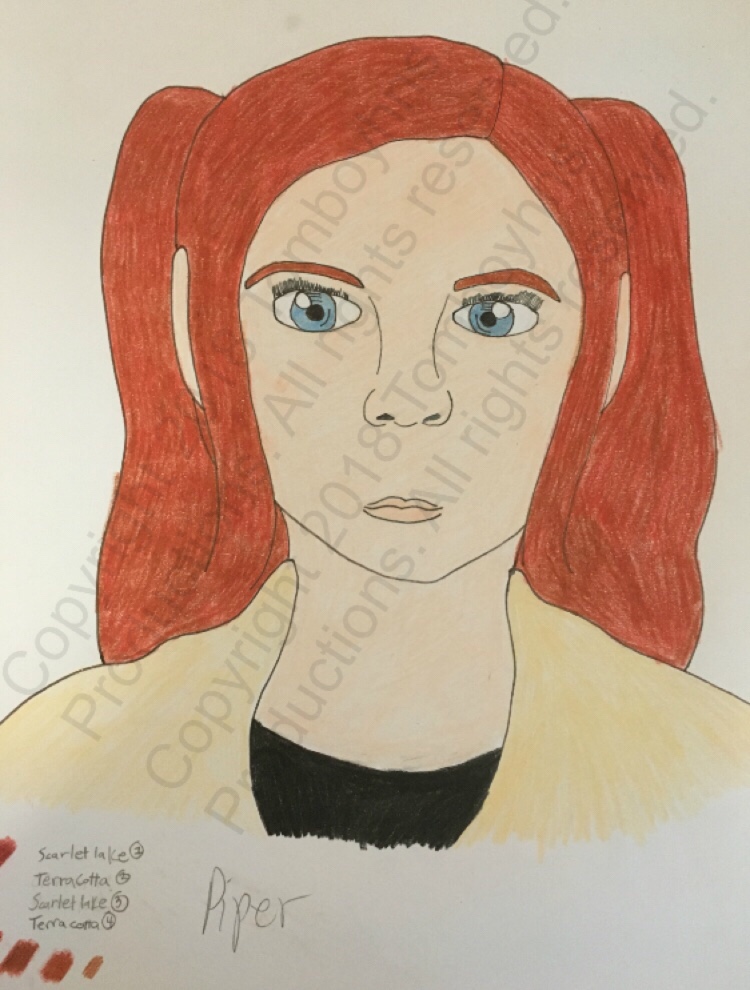 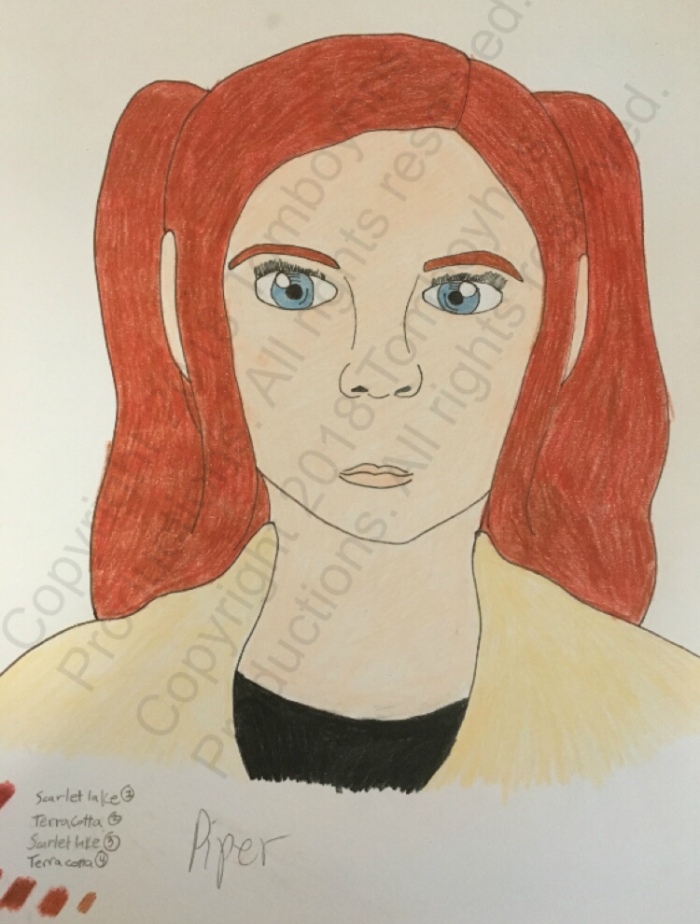 I think I may have drawn her nose ever so slightly too big.
I’m very excited because I feel like my art style has evolved. I was reaching a point where I as becoming unsatisfied because I felt like my characters were all beginning to look the same, what with Piper and Taylor both being red heads, and every character having the same nose and hairstyle, etc.
So I began with an idea I’ve discovered recently by one of the people I follow right here on DeviantART called “Face claims,” which has been defined as “A term used in role play games to describe a person used for the physical description of a character. Said person can be anyone, but is typically an actor or animated character.” (Urban Dictionary) Now, I personally HATE drawing as realistically as possible, so I’m still keeping some manga elements.
Anyway, Piper’s face claim is, well, me. The original reason why I decided for her to look like me is because when I desired to do photo manipulation projects, I could be her model so I could get exactly what I wanted. It has nothing to do with my level of egotism, in fact when I created Piper, I had incredibly low self-esteem anyway.