For my birthday, my dad bought us tickets to Christmas town. We went on December 13th, 2017.

I purchased a Christmas Town photokey, so I could save all the pictures we took with the Clydesdales, Santa, the cast of Rudolph the Red Nosed Reindeer, etc.

I took the liberty of taking pictures of all the lights and decor as well since Busch Gardens take huge pride in it.

The first place we went was Scotland where the Highland Stables resided. We took pictures with the beautiful Clydesdale horses! As we took pictures, the instructors signaled Aiden (the specific horse we took photos with) to rest his head on my shoulder! It was one of the most amazing events I had ever experienced! 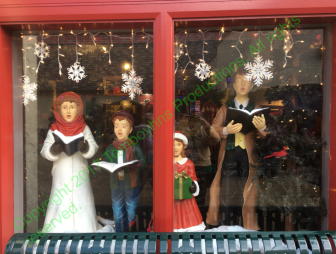 We backtracked and moved into Italy. I was aware that Escape from Pompeii was completely saturated with white lights and it was one of the biggest spectacles in Christmas Town. So I paused to take pictures of all the decorations. Although, it was around 3:00, so it wasn’t dark enough to see it in the best way. The The Best of Christmas Town Itinerary recommended going between 5pm-6pm, but I knew it was unlikely we would be able to make it, considering we were going to see Deck the Halls in Germany at 5pm. 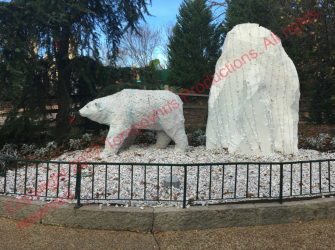 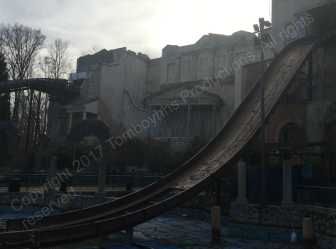 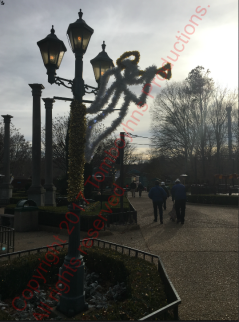 Holiday Hills, which is known as Festa Italia in the off season, was where Rudolph and his his friends reside. 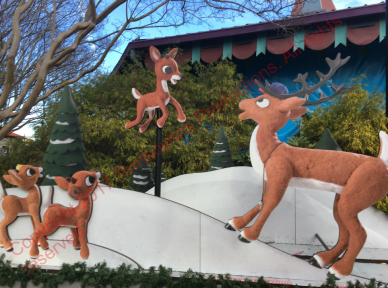 This was the big photoshoot highlights in the park, and I loved every minute of it! 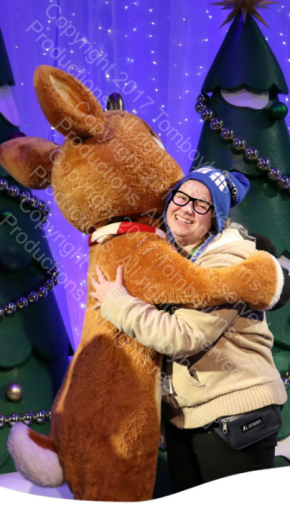 We backtracked to Italy and strolled through the marketplace. Italy is one of my favorite places to shop because I LOVE gazing at the magnificent authentic Italian craftsman ship. Although I haven’t bought anything there for myself yet, I will purchase something from there when I go next Summer with my friend. This Christmas, instead of having multiple colored flowered jewelry, there were tons of poinsettia jewelry and it was beautiful!!!

Then, I finally got to try out the Marco Polo’s Marketplace! I had a pepperoni and sausage flatbread pizza. It was delicious! My friend and I will definitely go eat there at some point next Summer! We also finally got to get our hot chocolate cups. It was some of the best hot chocolate I’ve had! Yum, yum! 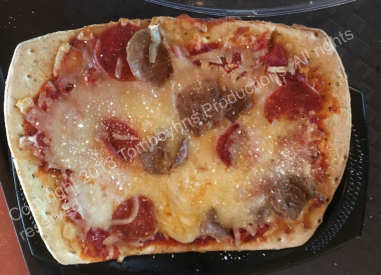 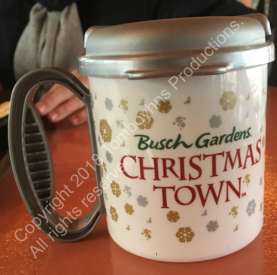 There was some pretty decorations I took pictures of while we were waiting for our food.

Germany was beautiful! I enjoyed my time there. The only problem was that it was 30 degrees or lower throughout the whole day, so they closed down the Verbolten, and I was SO SAD because the Verbolten is one of my favorite roller coasters! What made it even more sad was that my Dad was going to ride it with me and he had only ridden it ONCE! But oh well.

We immediately made our way to the Festhaus because we were cold, thirsty, and a show called Deck the Halls was starting in the next twenty minutes. Out of the three shows we saw, this once would be the least good show. But it was a nice pick-me-up because we were tiring out a little at that point.

After the show, we booked it outside to watch the O’Tannenbaum show. Now, I spent the first few birthdays of my life going to a beach light show where you would drive through a bunch of Christmas lights with a specific CD of Christmas music. So I really enjoyed the O’Tannenbaum light show! I probably shouldn’t spoil it for you, so next time you’re in Christmas town, I highly recommend you go see it!

After the O’Tannenbaum show, we made our way to Santa’s Workshop, which is the Curse of Darkcastle ride off-season. It was huge, and I can tell they were expecting super long lines, so they had a whole bunch of aesthetically pleasing things to look at! Of course, since we went on a Wednesday, we hardly had to wait, but I took time to take pics of EVERYTHING (Because, ever since I realized I didn’t bring my iPod into Kings Dominion back in 2013 and didn’t take any pictures, plus the fact I’m doing a blog now, I want to remember EVERYTHING)! 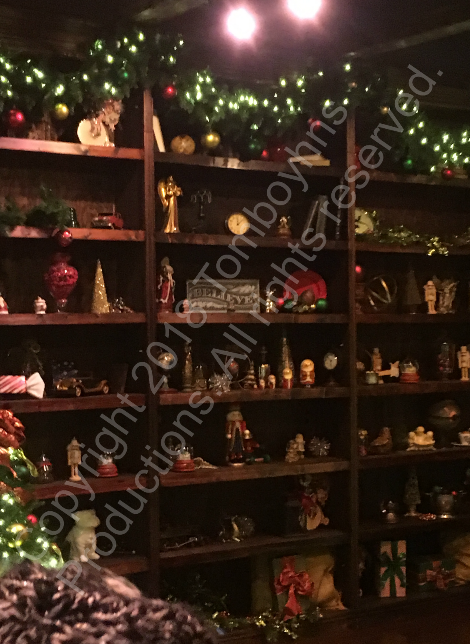 We went to France to see T’was That Night, an ice-skating show based on T’was the Night Before Christmas. It was really good! The only downside was we were freezing a little more than we were everywhere else. My mother even had to scrap frozen ice on the seat with the car keys (because we don’t want wet bums! No siree)! But regardless, this was one of the best shows we saw! I highly recommend it! 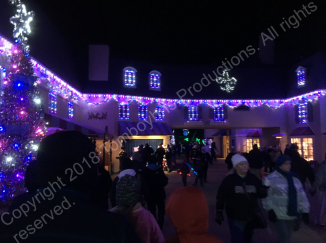 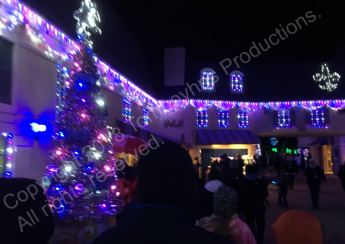 Last but not least, we ended in Ireland. When I look back, I wish that we had went there earlier. There was such a warm and calming atmosphere. If we weren’t rushing to see Gloria, I would’ve loved to stay longer. Maybe even eat at the pub there. But, with that I got, I really enjoyed it. 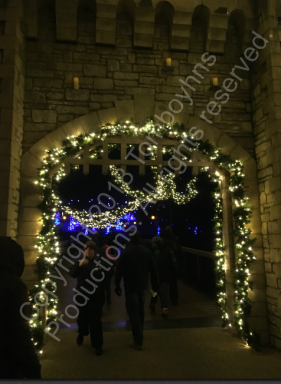 Gloria was a really interesting show, and I mean that in the best way! It’s a Nativity story, but with a Gospel twist. It was really, really good (So far, I’ve found that Ireland have the best shows)! Check it out!

To wrap everything up, I want to give one more piece of advise: SEE ALL THE LIGHTS! There were so many incredible light spectacles! I enjoyed every single minute of it (except for the sky ride. I can’t remember what route it was, but it was in between two of the coasters that weren’t running, and it was really creepy! I felt like I was in a abandoned theme park)!

Here’s a few more pictures of the lights. I hope you had a Merry Christmas and a Happy New Year! ❤